In light of the recent International Womens’ Day that occurred on the 8th of March, I thought it fitting to recommend my favourite party theme for girls… Star Wars!

“What?!”, I hear a dozen tiara topped toddlers scream in the distance. Time and time again I am instructed by young girls that Star Wars themed toys, movies and birthday parties are “for gross boys”. But why is that? There are so many strong, intelligent and brave women to be found in this forty year old franchise. From as early as 1977, when the first Star Wars released, these movies have been promoting many core principles of what International Womens’ Day is trying to promote: gender equality in terms of respect, safety and opportunities.

Now, I may be a little bit bias as I am a huge Star Wars fan. But in reality, there is thematic and factual basis to my seemingly far fetched party recommendation. To emphasize my point, I am going to highlight the top three female characters in Star Wars who are amazing and powerful role models; whether it be in 1977 or 2017! 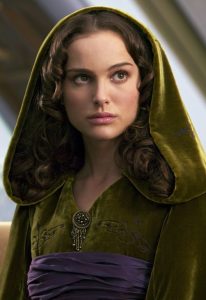 Although on the outside she appears to be a meek and mild figure head, Padme was actually an active and vocal politician. Her power derives from her intelligence and aptitude as a diplomat, a politician as well as a Queen. Rather that relying on physical strength, she rescued her people as well as uniting planets in the Republic and advocating against violence and warfare. That doesn’t mean she didn’t know how to handle a blaster though, as she could protect herself precise aim and quick thinking. Padme encourages young girls to use their voices to stand up for the weak or marginalised and emphasizes the importance of intelligence and diplomacy as values- something that is crucial in the ongoing discourse about female rights at the moment. 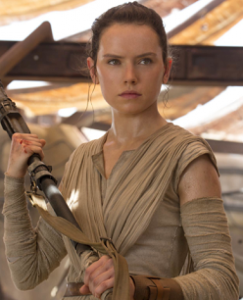 From the newer generation of movies, Rey is a resourceful and adaptable addition to the host of strong female characters Star Wars has created. A self sufficient scavenger, she has skills in mechanics and design shown by the multitude of inventions and tools she forged herself. Her talents don’t stop there; she is also a self taught pilot with impressive light saber skills! Her strength and resilience is shown when she is captured by the bad guys, she uses her creativity and her newfound powers of the Force to escape in the face of death. Being one of the protagonists in the new era of films, Rey has invigorated a new era of fandom in both male and female viewers. She is an excellent role model for girls the world over as she shows that she excels in things that are usually male dominated in our world, such as aviation and metal work, encouraging young women to pursue things that they may be intimidated to try. Rey is also an innovative, resilient and approachable person, things which we should promote in any young Star Wars fan, no matter what their gender. 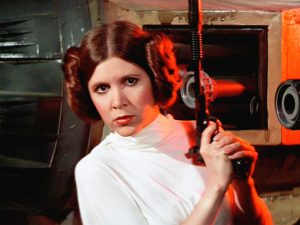 Coming in at the top position, we have probably the most well female character in the series, Princess Leia herself! Being introduced in a time where the feminist movement was still relatively new to Hollywood, Leia reinvented the role of the Princess being a damsel in distress to a  brave and decisive leader and soldier. She is the respected head of the Rebel Alliance, fighting against the oppressive and evil Empire, and is involved in either the strategy, espionage or execution of every great battle with Darth Vader and his cronies. Even in one of the newer movies The Force Awakens, Leia returns as a general and is treated with such respect and dignity. Princess Leia is a strong, resourceful and tough female authority figure in a world that is dominated by men, and that is why she has inspired so many girls when she graced screens in the 70s to her return 2017.

Star Wars birthday parties shouldn’t solely be promoted as boy parties. Many affluential female characters have been created from the franchise, and should be celebrated for the ideals and values they are promoting to boys and girls across the globe. So next time you’re in charge of planning the perfect party for the little princess in your life… perhaps consider a sci-fi spectacular! Parties Kids Remember has an amazing Space Adventure party, which is appropriate for any little Star Wars fan. Complete with light saber training, a intergalactic treasure hunt and options to include face painting or balloon twisting– it’ll make your day easy whilst making theirs one to remember. 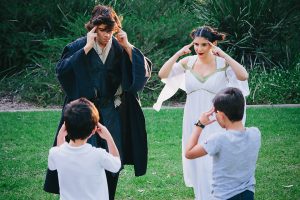 ...This is our second party with Parties Kids Remember and I highly recommend them as our host highly entertained the kids (both girls and boys) for two hours! ...The kids had a ball and danced the night away. Thanks so much, we'll be sure to use you again! -- Kym Collins

Our talented performers have current working with children's card and bring the fun to you creating magical memories for parents and children alike!